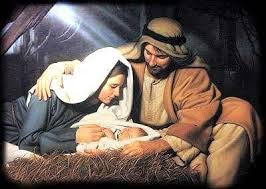 Joseph, the dreamer and ‘father’ of God’s child

During this time we recall there is another Joseph in the Bible who dreams, he is the adoptive father of Christ, and it would seem has a number of characteristics similar to his more well know name sake, the one with the many coloured coat. He is also one that is often the forgotten; however at Christmas, we are given a chance to remember the vital role he played, and thus an insight to the mantle of Joseph that tarries even today.

He sets us fathers a challenge, will we rise to the occasion and be the just men, who hear and know God’s voice, and obey the Lord to protect both child and mother? Will we even go where shame may come, forsake all even home and land, and do what is necessary to protect the children of God, and those who mother them, and recognise this is a role we can undertake by grace, needs strength, and the knowledge that the child(ren) you are given to father are from God?

Now when they had departed, behold, an angel of the Lord appeared to Joseph in a dream, saying, “Arise, take the young Child and His mother, flee to Egypt, and stay there until I bring you word; for Herod will seek the young Child to destroy Him.” (Matthew 2:13)

She bore a male Child who was to rule all nations with a rod of iron. And her Child was caught up to God and His throne. (Revelations 12:5)

So with all this it is possible to see that God is calling fathers to be like Joseph, and recognise their call to protect both mother and child, and perhaps even raising up ‘latter day’ Josephs who will quickly ‘catch up’ the new things of God (particularly the latter day, witnessing church birthed by  intercessors) to heavenly realms where this troop/family will grow strong in the Lord, becoming powerful witnesses of God, who understand and reveal His presence, the love and family of God, and the power and angelic ministry of the Lord -> the Elijah community who dwell in heaven on earth.

When God is going to do such a work, expect Him to raise up the Joseph generation who will “father” His move, knowing they are to obey the Lord, and that it is God’s child. So we honour those Josephs’, often separated from many, who are just, faithful and obedient men with the Father’s heart, and thank the Lord He is calling you forth in to your destiny, a warrior of love who defeats the schemes of Satan, and protects the new things of God.