At this time of Advent, as we celebrate the first (arrival of Christ), it is also time to consider what He said about His return, …the Second Advent and the Door.

The Parable of the Wise and Foolish Virgins

“And at midnight a cry was heard: ‘Behold, the bridegroom is coming; go out to meet him!’ Then all those virgins arose and trimmed their lamps. And the foolish said to the wise, ‘Give us some of your oil, for our lamps are going out.’ But the wise answered, saying, ‘No, lest there should not be enough for us and you; but go rather to those who sell, and buy for yourselves.’ And while they went to buy, the bridegroom came, and those who were ready went in with him to the wedding; and the door was shut.

“Afterward the other virgins came also, saying, ‘Lord, Lord, open to us!’ But he answered and said, ‘Assuredly, I say to you, I do not know you.’

“Watch therefore, for you know neither the day nor the hour in which the Son of Man is coming. 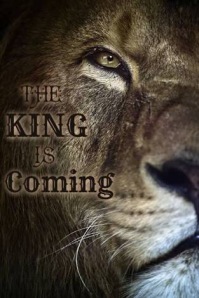 “Strive to enter through the narrow gate, for many, I say to you, will seek to enter and will not be able. When once the Master of the house has risen up and shut the door, and you begin to stand outside and knock at the door, saying, ‘Lord, Lord, open for us,’ and He will answer and say to you, ‘I do not know you, where you are from,’ then you will begin to say, ‘We ate and drank in Your presence, and You taught in our streets.’ But He will say, ‘I tell you I do not know you, where you are from. Depart from Me, all you workers of iniquity.’ There will be weeping and gnashing of teeth, when you see Abraham and Isaac and Jacob and all the prophets in the kingdom of God, and yourselves thrust out. They will come from the east and the west, from the north and the south, and sit down in the kingdom of God. And indeed there are last who will be first, and there are first who will be last.”

It is time to awake and watch, and to come closer to our Lord Jesus..He desires we know Him, commune with Him, abide in Him…and share the good news of His Kingdom.