“If disaster comes upon us—sword, judgment, pestilence, or famine—we will stand before this temple and in Your presence (for Your name is in this temple), and cry out to You in our affliction, and You will hear and save.’ And now, here are the people of Ammon, Moab, and Mount Seir—whom You would not let Israel invade when they came out of the land of Egypt, but they turned from them and did not destroy them— here they are, rewarding us by coming to throw us out of Your possession which You have given us to inherit. O our God, will You not judge them? For we have no power against this great multitude that is coming against us; nor do we know what to do, but our eyes are upon You.”

Now all Judah, with their little ones, their wives, and their children, stood before the Lord.

Then the Spirit of the Lord came upon Jahaziel the son of Zechariah, the son of Benaiah, the son of Jeiel, the son of Mattaniah, a Levite of the sons of Asaph, in the midst of the assembly. And he said, “Listen, all you of Judah and you inhabitants of Jerusalem, and you, King Jehoshaphat! Thus says the Lord to you: Do not be afraid nor dismayed because of this great multitude, for the battle is not yours, but God’s. Tomorrow go down against them. They will surely come up by the Ascent of Ziz, and you will find them at the end of the brook before the Wilderness of Jeruel. You will not need to fight in this battle. Position yourselves, stand still and see the salvation of the Lord, who is with you, O Judah and Jerusalem!’ Do not fear or be dismayed; tomorrow go out against them, for the Lord is with you.”

So they rose early in the morning and went out into the Wilderness of Tekoa; and as they went out, Jehoshaphat stood and said, “Hear me, O Judah and you inhabitants of Jerusalem: Believe in the Lord your God, and you shall be established; believe His prophets, and you shall prosper.” And when he had consulted with the people, he appointed those who should sing to the Lord, and who should praise the beauty of holiness, as they went out before the army and were saying:

For His mercy endures forever.”

Now when they began to sing and to praise, the Lord set ambushes against the people of Ammon, Moab, and Mount Seir, who had come against Judah; and they were defeated. For the people of Ammon and Moab stood up against the inhabitants of Mount Seir to utterly kill and destroy them. And when they had made an end of the inhabitants of Seir, they helped to destroy one another.

So when Judah came to a place overlooking the wilderness, they looked toward the multitude; and there were their dead bodies, fallen on the earth. No one had escaped. 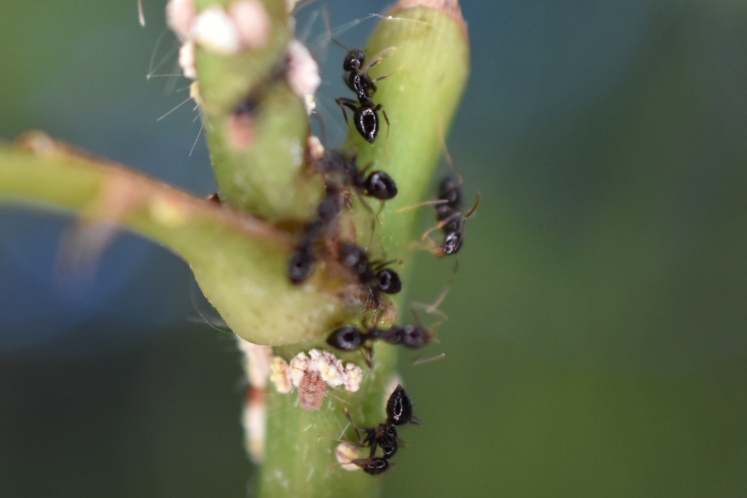